Two years ago, Lionsgate suffered from a high quality leak of the unreleased ‘The Expendables 3’ film online. To avoid a massive deficit in revenue, the Canadian-American entertainment company sued the operators of several websites that failed to remove the infringing files.

The movie studio also requested for a default judgment since most of the defendants (operators of LimeTorrents, Dotsemper and Swankshare) failed to appear in court. During the first appearance of the film on the internet, these websites failed to respond to a number of takedown requests sent by Lionsgate, although they were not responsible for the original leak. 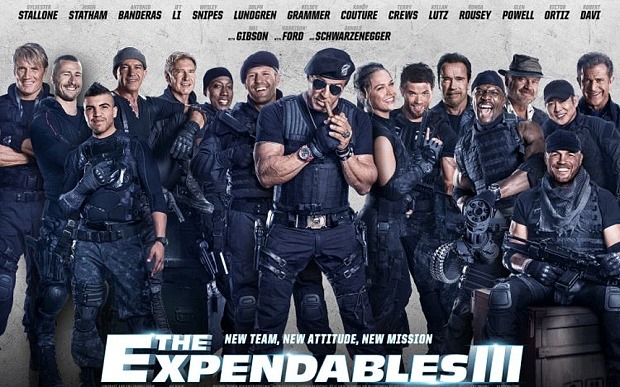 According to Judge Wright, the maximum amount ordered for each operator is appropriate since Lionsgate has likely suffered revenue losses from the leak of ‘The Expendables 3’. He notes, “In light of the fact that the film garnered over $575 million dollars in worldwide box office revenues, the ‘value of the copyright’ strongly favors a high award of statutory damages.”

Judge Wright adds, “Defendants hosted the anticipated film available online prior to its theatrical release for the purpose of enabling users to illegally download it, which more than likely diminished Plaintiff’s revenue substantially.”

His order reads, “Moreover, an award of the enhanced statutory damages will likely serve to deter Defendants and others from infringing Plaintiff’s rights in the future.”

The leaking of ‘The Expendables 3’ online (in near DVD quality) before its set debut was indeed one of the most notable leaking events. More than 100,000 people downloaded the movie in what was presumed as a DVD screener copy; and Nu Image, which is the production company of ‘The Expendables’ film series, sued the illegal downloaders of the original movie.

Tagged: Lionsgate, movie leak, pirate websites, The Expendables
Maverickeye uses cookies and plugins to improve your online experience. By continuing to browse, you are agreeing to the usage of cookies.