‘24 Hours to Live’ starring Ethan Hawke is a hot seller for Sierra/Affinity. The thriller film will start with production in South Africa in June. It will be directed by Brian Smrz who is an emerging filmmaker and produced by Fundamental Films’ Mark Gao and Gregory Ouanhon, and Thunder Road’s Basil Iwanyk and Kent Kubena. 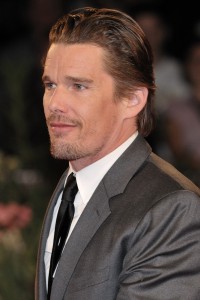 Sierra/Affinity has closed deals for ’24 Hours to Live’ in many territories including:

The film will follow Hawke playing a hitman who finds redemption for his sins. Through an experimental procedure, he will be brought back to life for 24 hours which he will use to exact revenge against the powerful crime syndicate that murdered his child and wife. He will also team up with the super-spy who killed him.

Smrz has been known for his work on 1993’s Jurassic Park and a second unit director on “Iron Man 3,” “Live Free or Die Hard,” “Rise of the Planet of the Apes,” “X-Men: Apocalypse,” and “X-Men: Days of Future Past.”

Tagged: 24 Hours to Live, Berlinale 2016, Brian Smrz, Ethan Hawke
Maverickeye uses cookies and plugins to improve your online experience. By continuing to browse, you are agreeing to the usage of cookies.