Maverickeye (ME) has just closed a new deal with NJORD, a Scandinavian law firm that specializes in data protection, intellectual property law, and many other areas, and has been ME’s partner law firm in Denmark for quite some time now. Together, the 2 companies aim to take over Finland and spread better awareness on copyright infringement.

According to a research conducted by Havocscope, about 6,000 people (aged 7-84) have an average of 90 pirated movie files in their PCs. Most of the reasons that the participants cited when asked why they would commit online piracy were that doing so was cheaper and they could easily access non-released content through illegal sources online.

Now, Finnish citizens can expect getting settlement demands as NJORD takes over Finland by storm. Unless an ISP account owner answers questions raised in a demand letter, he or she runs the risk of being prosecuted as an infringer under the Finnish law. NJORD will also make examples of those who have ignored the notices or have not engaged with them.

NJORD has a global mindset with a primary market that covers the Baltic/Nordic region. The law firm has more than 200 employees at five offices in Aarhus, Copenhagen, Riga, Tallinn, and Vilnius. Its wide range of lawyers is experienced in a variety of areas, and one of these is the attorney at law Jeppe Brogaard Clausen. 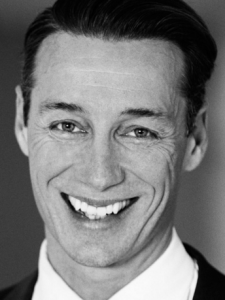 NJORD’s Jeppe Brogaard Clausen serves as Maverickeye’s Scandinavian partner. This lawyer is responsible for the “Dallas Buyers Club” copyright claims in Denmark released this year and last year. His areas of expertise are dispute resolution, intellectual property law, and entertainment. According to Jeppe, “We noticed that the number of illegally downloaded movies will not fall if we only go after the big parties. People just keep downloading.”

The first cases related to the movie “Dallas Buyers Club” (DBC) filed in Denmark at the end of 2014 demanded specific fines for legal damages. This followed after usage of the illegal movie application Popcorn Time drastically increased in the country. In summer 2015, filmmakers and copyright holders behind DBC actively sought out alleged infringers who downloaded the said film through BitTorrent, filed mass lawsuits, and even considered taking pirates to court in case of non-compliance.

Patrick Achache of Maverick Eye closed the deal with NJORD because he trusts in the expertise of the firm’s lawyers. He supports the claims made in Denmark (especially for DBC) and strongly considers illegal downloading as stealing from rights holders. Patrick also believes that giving more legal options to people certainly helps. 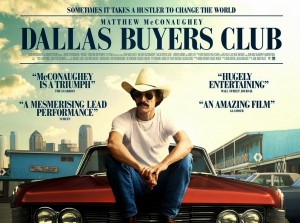 The main goal of the partnership between Maverickeye and NJORD is to protect clients’ data, particularly their movies, and the whole entertainment industry not just in Finland and Denmark but around the world. People should realize that copyright infringement is a serious problem and its effect is global. It has caused huge damages to the entertainment industry including the talented artists; and through this partnership, ME and NJORD as well as copyright holders aim to target infringement issues in other European countries within 2015 and 2016.

At Maverickeye, we see a chance to protect our clients, their movies, and the whole entertainment industry by working with other companies that share the same advocacy. This bold move is just one of our ways to show to the public that we constantly innovate to fight infringement. We want people to understand that what we aim for goes beyond reducing piracy; we want to prevent illegal downloading entirely.