Sticky Post By me_charity Posted in Uncategorized With No Comments Permalink
October 23, 2015 me_charity

According to the law firm’s Facebook page, “The Firm expands globally and to its ASEAN neighbours as it enters into an Association Agreement with Samuel Seow Law Corporation, Singapore and Seow & Associates, Malaysia.”

We highly congratulate Samuel for this expansion. 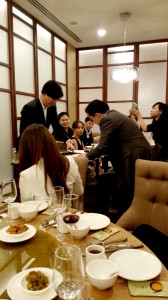 In the photo are the Migriño Rivera & Cruz Firm’s
lawyers Joseph Migriño, Alex Rivera and Wryan Te,
with their Singapore/Malaysian counterpart
Samuel Seow.

Atty. Seow is the owner of Samuel Seow Law Corporation, a law firm in Singapore that specializes in several practices, including media and entertainment, corporate and commercial, family law, will, and probate.

Dallas Buyers Club (DBC) is a biographical drama film directed by Jean-Marc Vallee and starred by Matthew McConaughey. It was released in 2013, and since then, lots of illegal copying and file sharing have been recorded across the US and different countries. Last year, the first few cases were filed against alleged infringers in the US, and this year, the fight continues as MaverickEye and its partner law firms gather data and identify owners of infringing IPs in Australia, Singapore, and many other territories. 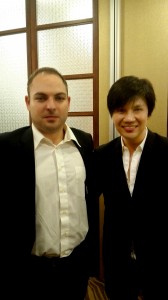 Samuel Seow (together with Patrick Achache in the picture) was able to fight the biggest Internet Service Providers in Singapore to release the data of infringers of the movie Dallas Buyers Club.

The press has regarded the proceedings in Singapore controversial, although the program has been successful in the US, the UK, and especially in Germany where piracy has dropped by over 30% since 2009. Here’s some of the most recent news:

MaverickEye has successfully delivered data which has not been questioned by the Singaporean court. This again is evidence that the company’s data is very robust.

“Singapore is a very important market for our clients”, Patrick Achache said, “and they need to be protected from people illegally obtaining and redistributing their works.”

As final remarks, Mr. Achache said “The law in Singapore is there, but it takes someone to enforce it.”