As the cinematic marathon at Berlinale 2016 continues, Universal has picked up the UK and Australian rights of “ID2: Shadwell Army”. Directed by Joel Novoa, the pic is a sequel to “I.D.”, a soccer hooliganism cult movie in 1995. It follows a police officer who goes undercover and infiltrates Shadwell’s revived hooligan element and gets involved in the political turmoil sparked by plans to build a mosque in the East London district. Novoa said, “Before shooting the film, I spent three months living with different ‘firms’ to understand their world.” 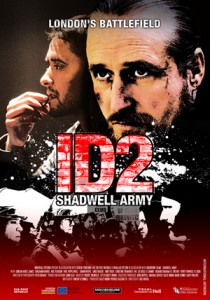 Germany’s Post Republic, Parallax East, and Screen Yorkshire co-produced the pic. The sequel’s new cast was joined by the cast of the original pic, including Perry Fenwick, Richard Graham, and Lee Ross. The new leads are Linus Roache from Batman Begins and Vikings, and Doctors’ Simon Rivers and Bridget Jones Diary’s Neil Pearson.

Novoa is a Venezuelan director known for God’s Slave (Esclavo de Dios) and Machsom in 2013. His parents, Jose Ramon Novoa and Elia Schneider are both directors. His father is best known for his film “Sicario” while his mother’s credits include “Huelepega,” “Punto y Raya,” and “Tamara.”

Tagged: Berlinale 2016, ID2: Shadwell Army, Joel Novoa
Maverickeye uses cookies and plugins to improve your online experience. By continuing to browse, you are agreeing to the usage of cookies.