Sticky Post By me_charity Posted in Uncategorized Permalink
May 23, 2016 me_charity 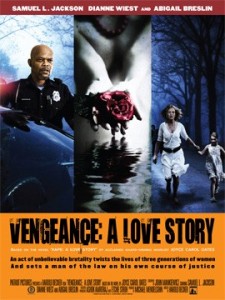 Adapted from Joyce Carol Oates’ award-winning novel, the movie is about three generations of women looking for justice. The mother (Hutchison) of a twelve-year-old girl was raped by 4 meth heads. After that brutal act of violence, the little girl (Bateman) flagged down a police detective (Cage). The grandmother (Unger) nursed her daughter back to health and became a fierce advocate in finding justice for her daughter. But despite the testimony given by the girl and evidence that could convict the rapists, they had one of the country’s top criminal defense lawyers (Johnson) hired by their parents. Eventually, the Niagara Falls detective decides to deal with the problem himself so he can protect the lives of the women.

Tagged: Cannes 2016, Deborah Kara Unger, Don Johnson, Vengeance: A Love Story
Maverickeye uses cookies and plugins to improve your online experience. By continuing to browse, you are agreeing to the usage of cookies.